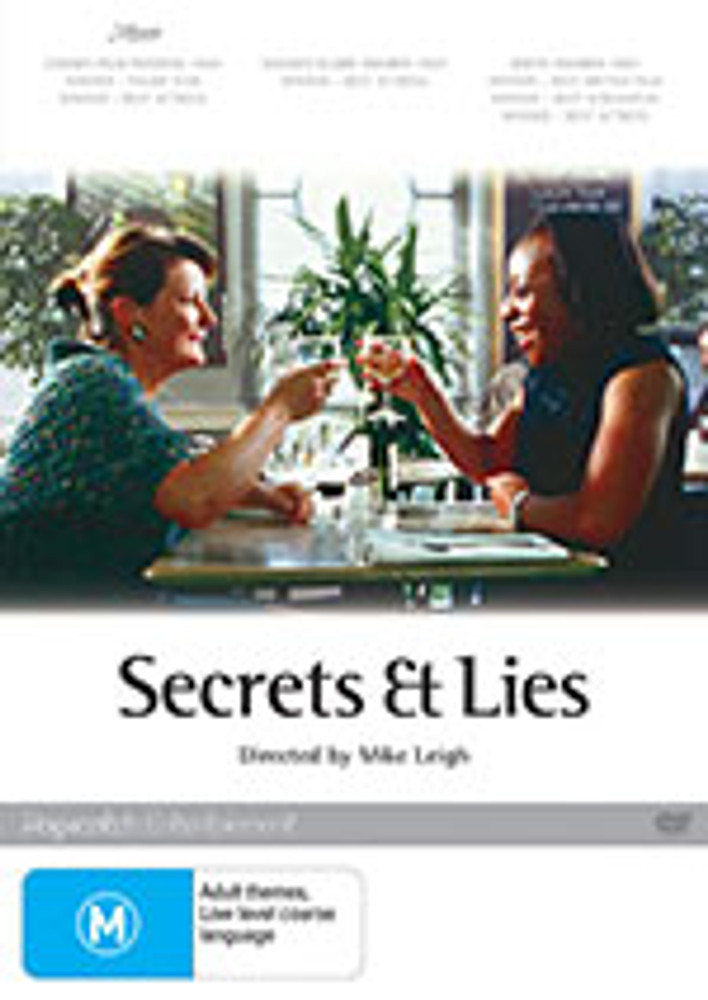 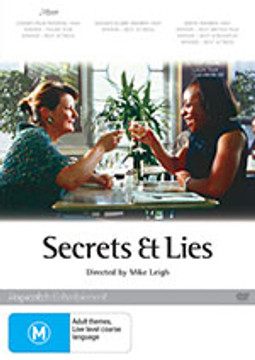 Picking up the Palme D'Or, a Golden Globe and three BAFTAs and signalling a break-out for British director Mike Leigh, Secrets & Lies is a moving, multi-layered and hilarious melodrama, which probes the complexity and vulnerability of family relationships and the search for identity.

After the death of her adoptive mother, Hortense (Marianne Jean-Baptiste), a young professional black woman, goes in search of her birth mother – the fragile, anxiety-ridden Cynthia (Brenda Blethyn: Clubland, Pride & Prejudice). Intrigue turns to bemusement when she discovers that her mother is in fact a working-class white woman living with her surly twenty-year-old daughter Roxanne (Claire Rushbrook). No one in the family, except Cynthia's successful younger brother Maurice (Timothy Spall: Harry Potter, Sweeney Todd) and his wife Monica (Phyllis Logan), knows that the teenage Cynthia gave up a child for adoption without ever seeing the baby.

As they come to terms with their new-found bond, Cynthia takes Hortense to a family barbeque, which triggers the unraveling of the family's secrets and lies in a cathartic, emotional sweep.

Mike Leigh's superlative drama Secrets & Lies is at once hysterically funy and profoundly sad, and is a rich, breathtaking and rewarding experience.

Secrets and Lies on the South Coast: The Caterpillar Wish

Secrets and Lies in Four of a Kind

The Shock of Otherness: Secrets and Lies

The Business of Living: Secrets & Lies