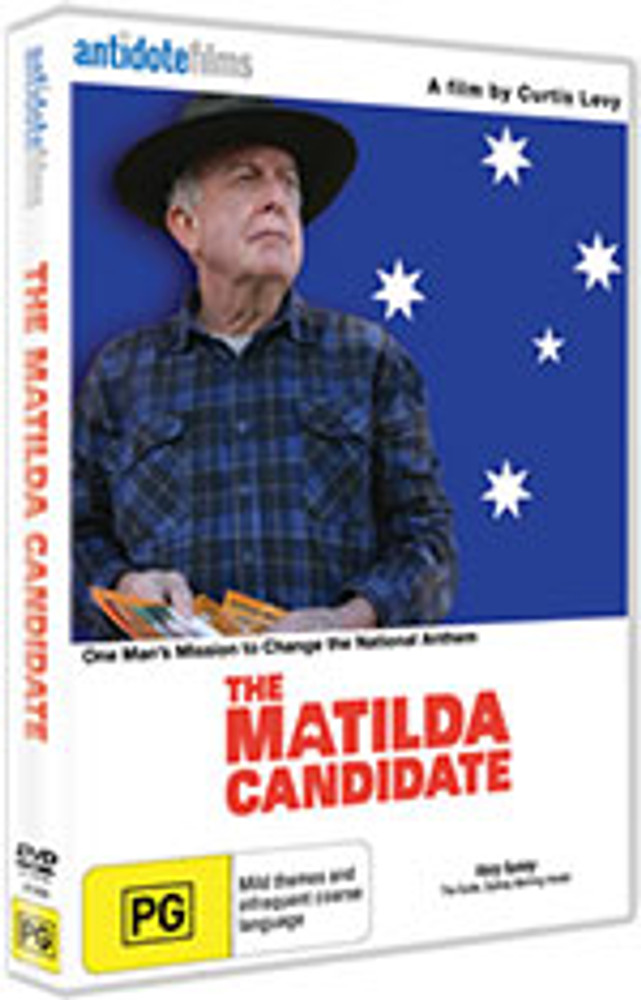 Curtis Levy is a man on a musical mission – running for the Australian Senate on a single ticket to make the folksong 'Waltzing Matilda' the new national anthem when Australia becomes a republic. Join Curtis and his long-suffering campaign manager Jo Smith over the course of their chaotic, under-funded campaign as they strive to unite Australians in one voice through this rousing, popular song.

Combining deadpan Aussie humour with serious questions about our national identity, The Matilda Candidate explores our status as a monarchy, with a head of state that lives on the other side of the world. It's insightful and hilarious! The soundtrack features over twenty-five distinctive renditions of Australia's most famous song, from opera to didgeridoo to mobile phone ring tone. Get ready to reignite the republic debate!