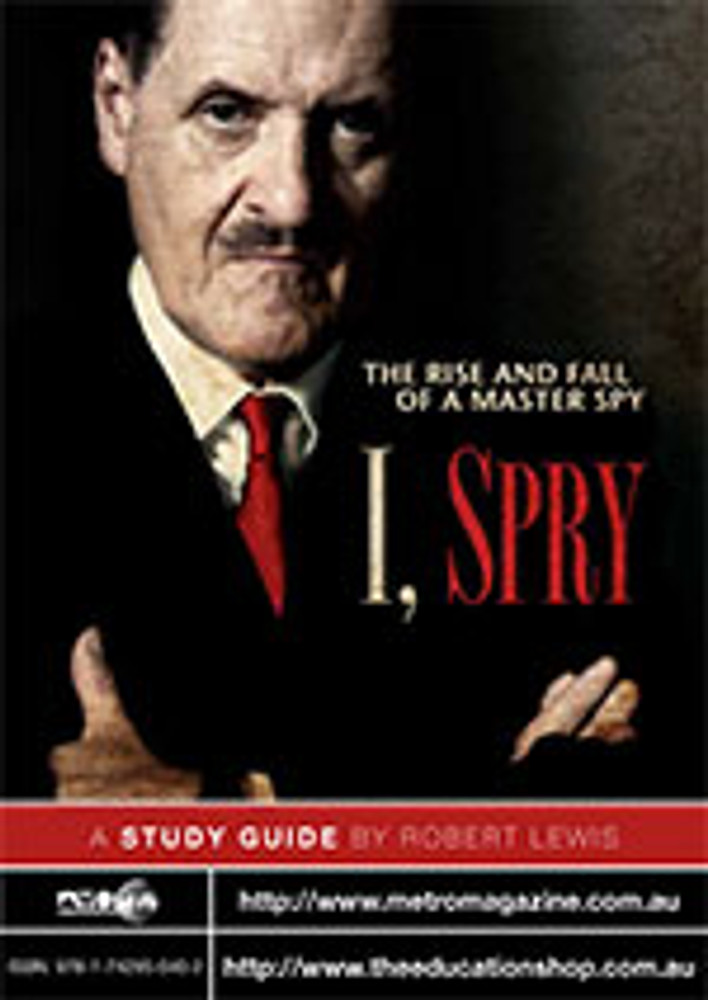 I, Spry (Peter Butt, 57 minutes) is a dramatised documentary about the founding of the Australian Security Intelligence Organisation (ASIO), and its history under its first director, Charles Spry. It explores some of the cold war politics of the period from 1945 to 1972, and raises important issues about the balance between security and citizens' rights in our democracy.

In 1949, with a nuclear arms race set to escalate the cold war, Prime Minister Menzies appoints Colonel Charles Spry to take charge of the fledgling ASIO. The staunchly anti-communist, fifth-generation soldier recruits new officers to fight a covert war against a cunning enemy. Their primary task is to investigate Australians spying for the Soviets and infiltrate Communist Party branches with undercover agents.

The sensational 1954 defections of Soviet Embassy officials, Vladimir and Evdokia Petrov, deliver Spry a great intelligence victory. But when a former ASIO officer appears in surveillance photographs and major counter-espionage cases begin to fail, Spry soon finds himself in a place spies call the 'wilderness of mirrors'. Security threats appear to be everywhere – from the highest office in the land to within ASIO itself.

Based on newly declassified information, including Spry's secret testimony at the 1974 Royal Commission on Intelligence and Security, I, Spry features ASIO surveillance footage and candid interviews with former intelligence officers. It casts a fresh, critical eye over the spy agency's early history, from its first fumbling counter-espionage operations to its evolution beyond government scrutiny and infiltration by the KGB.

From Spry's brazen attempt to influence the 1958 federal election to his controversial investigation into Liberal prime minister John Gorton, Spry emerges as an enigmatic master spy who ultimately subverts the very democracy he is charged with protecting.

I Am a Girl (ATOM Study Guide)

I Am Mother (ATOM Study Guide)