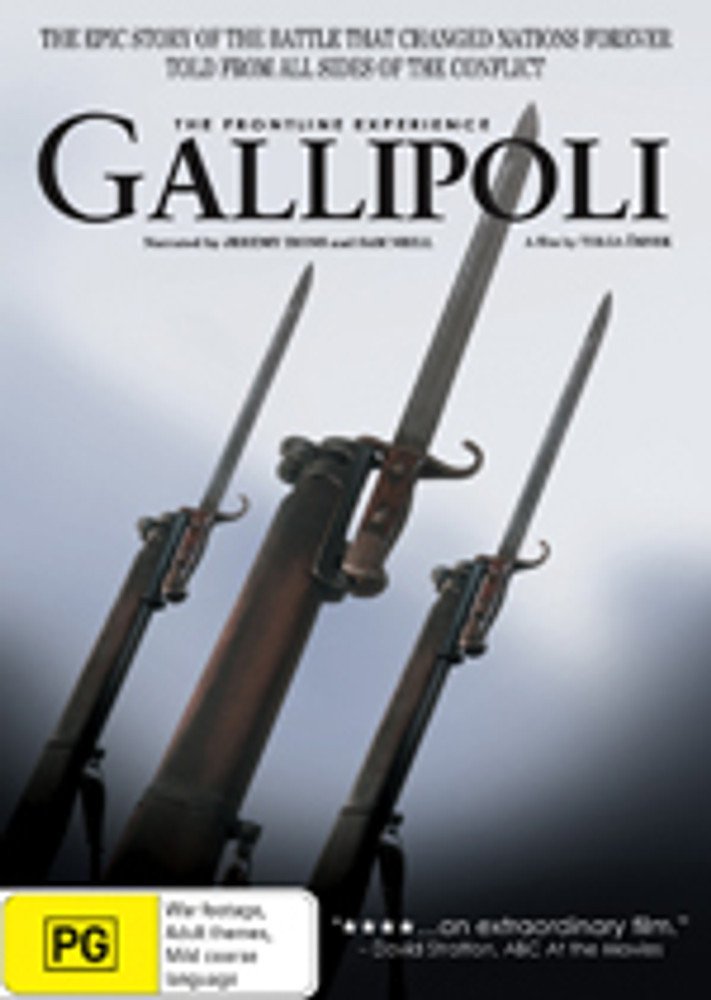 The Gallipoli campaign of World War One was so controversial and devastating, it changed the face of battle forever. While many films have focused on the strategies employed by the countries involved, this is the first time the campaign has been viewed through the eyes of those soldiers who fought it – from both sides of the conflict. Using their diaries, letters, photographs and memoirs, acclaimed director, Tolga Örnek, traces the personal journeys of Australian, New Zealand, British and Turkish soldiers, from innocence and patriotism to hardship and heartbreak. The experience is revealed in their own words, while dramatic recreations place you in the heart of the battle. It is a profound, moving and powerful place to be.

Beautifully narrated by Jeremy Irons and Sam Neill, Gallipoli: The Frontline Experience changes the way we see war by giving a voice to the men who experienced it first-hand: ordinary men, forced to face the extraordinary.