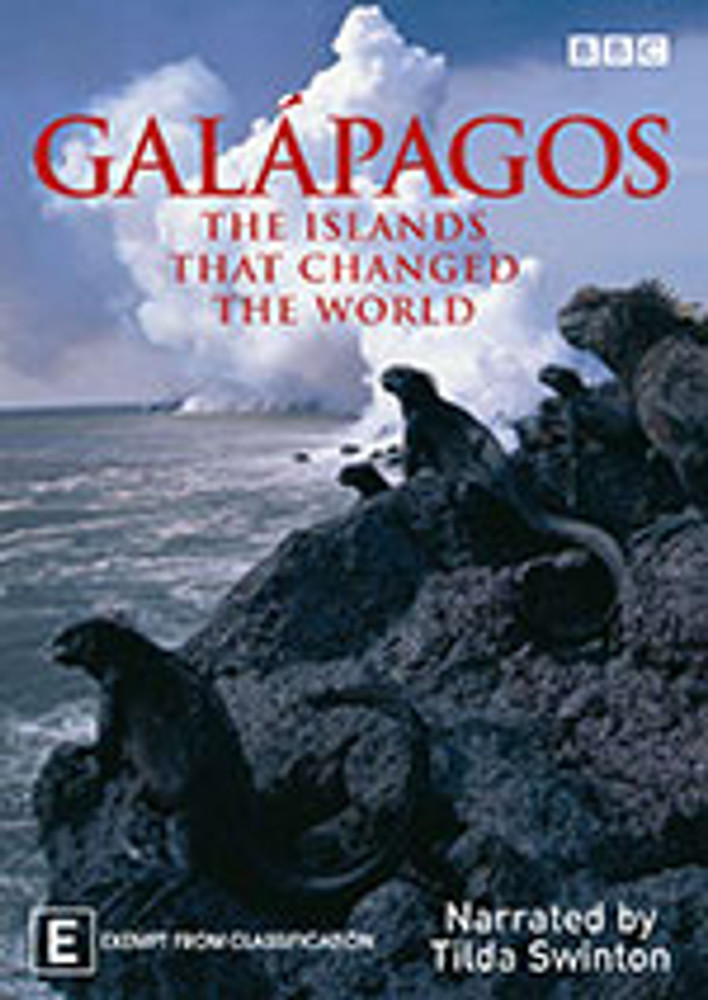 The Galápagos islands are a fascinating microcosm of our planet and home to some of the most astonishing creatures found anywhere on Earth: iguanas swim the sea like dragons, short-eared owls stalk petrels by day and 500-pound giant tortoises bellow over lava fields ...

One thousand kilometres due west of Ecuador, where four major ocean currents unite, vast undersea volcanoes break the surface of the Pacific Ocean. Early explorers described these otherworldly islands as 'Las Encantadas' – 'the Enchanted Isles', but in time they became known as 'Galápagos', the 'Islands of the Tortoises'.

Using spectacular HiDefinition cinematography from land, sea and air, and blending dramatic landscapes with intimate animal behaviour, drama reconstruction and stunning satellite imagery, this ambitious series presents the most complete portrait ever of these fascinating islands.

Galápagos reveals how wildlife has found the most enterprising ways to get to grips with this restless volcanic outpost, why these islands are such a fascinating showcase for evolution, and the profound forces that influence the delicate balance of life.

Galápagos is unlike any other place on Earth.

Special feature
Lonesome George and the Battle for Galápagos