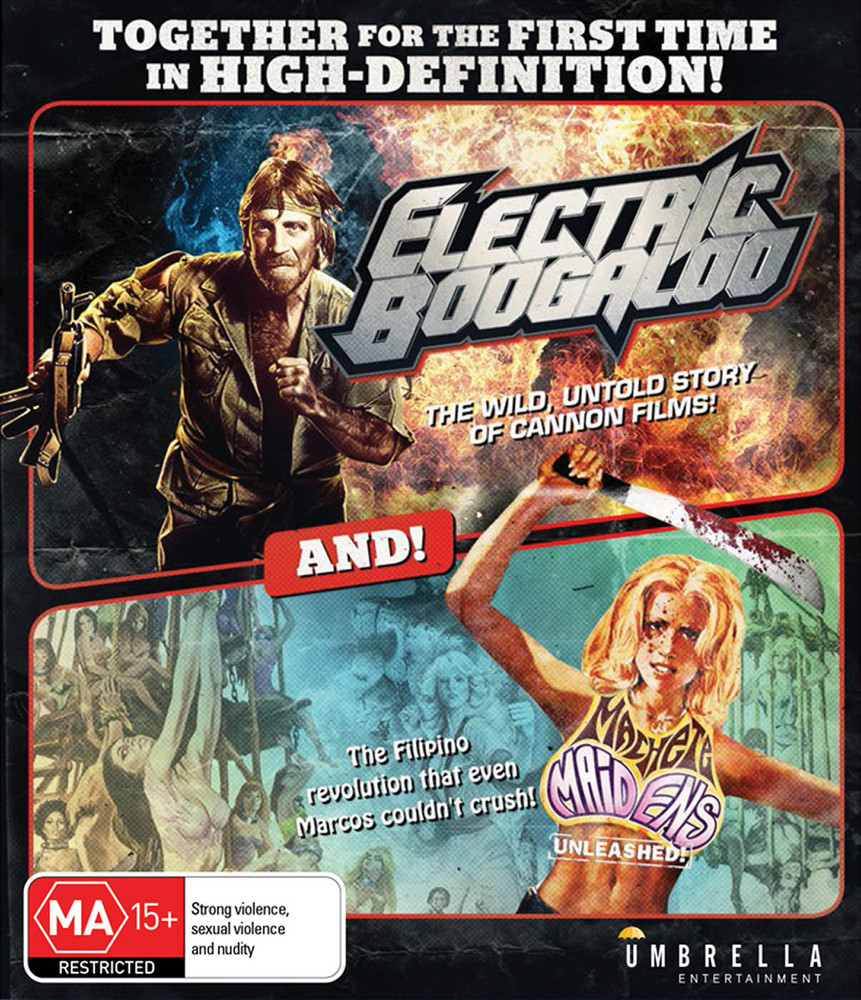 The director of Not Quite Hollywood delivers two more jaw-dropping tales of filmmaking with no taste, no scruples, no boundaries and – more often than not – no clothes.

Strap yourselves in and take an off-road cinematic rampage through the bowels of Hollywood's least-loved film studio, Cannon Films. Responsible for churning out a breathtaking cavalcade of hits and misses (including Death Wish II, Breakin', Invasion USA and Masters of the Universe) that showcased ninjas, nudity, creaky monosyllabic action heroes, threadbare plots and accidental moments of near-genius – the folks at Cannon botched plots, bounced cheques and burned careers – and in doing so forever changed the way movies were made and marketed.

As breathlessly entertaining as the very films it covers. The best (and worst) of Cannon are high impact fever dreams of sex, violence, madness and mayhem this great documentary captures that crazy lightning in a bottle.
– Edgar Wright (Director Shaun of the Dead, Scott Pilgrim)

Join us for a non-stop Filipino femme-fest, all the way from the jungles of the Pacific via the trash cans of the critics! Boasting cheap labour, exotic scenery and non-existent health and safety regulations, The Philippines was a dreamland for exploitation auteurs whose renegade productions were soon engulfing drive-in screens around the globe like a tidal schlock-wave! This is the ultimate insiders account of a far away backlot where stuntmen came cheap, plot was obsolete – and the make-up guy was packin' heat!