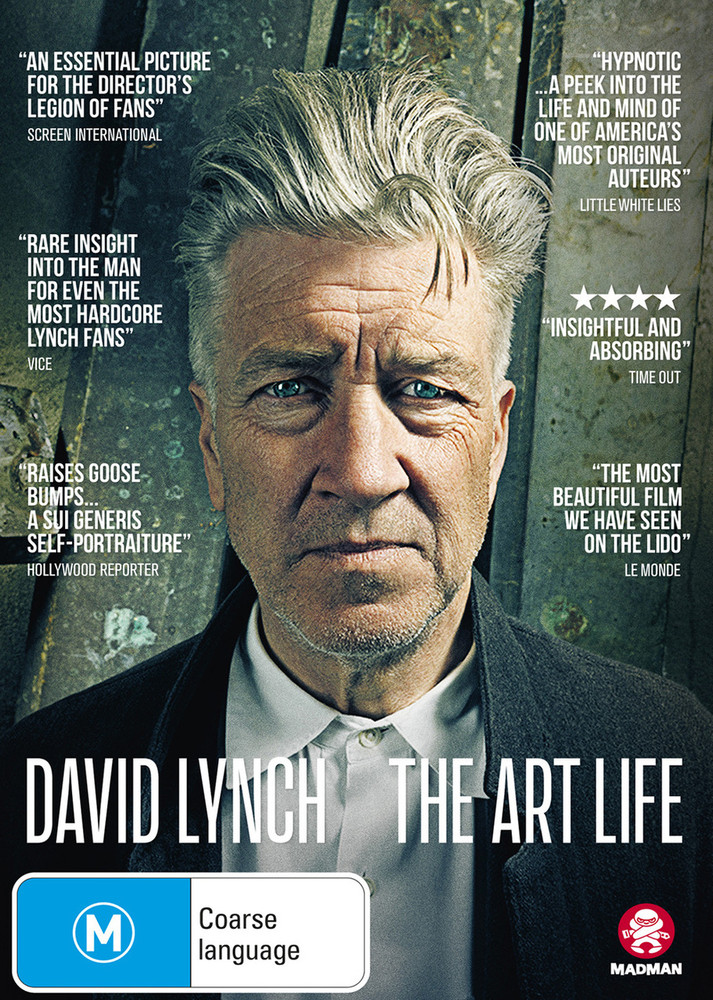 David Lynch takes us on an intimate journey through the formative years of his life. From his idyllic upbringing in small town America to the dark streets of Philadelphia, we follow Lynch as he traces the events that have helped to shape one of cinema’s most enigmatic directors.

David Lynch: The Art Life infuses Lynch's own art, music and early films, shining a light into the dark corners of his unique world, giving audiences a better understanding of the man and the artist.

As Lynch states 'I think every time you do something, like a painting or whatever, you go with ideas and sometimes the past can conjure those ideas and color them, even if they're new ideas, the past colors them.' We're invited in and given a private view from Lynch's compound and painting studio in the hills high above Hollywood, as Lynch retells personal stories from his past that unfold like scenes from his films. Strange characters come into focus, only to fade again into the past, leaving an indelible mark on Lynch, the artist.

We become witnesses to the fears, misunderstandings and struggles that Lynch overcomes and along the way, meet the various people that have helped to mold him. It becomes evident early on in Lynch's life that he views the world differently, absorbing its shadows and weaving a dream like tapestry for audiences worldwide to become tangled in.

This film is dedicated to Lynch's youngest daughter and serves as a private memoir from father to daughter. By pulling back the curtains on the icon we hope to uncover the individual, David Lynch.