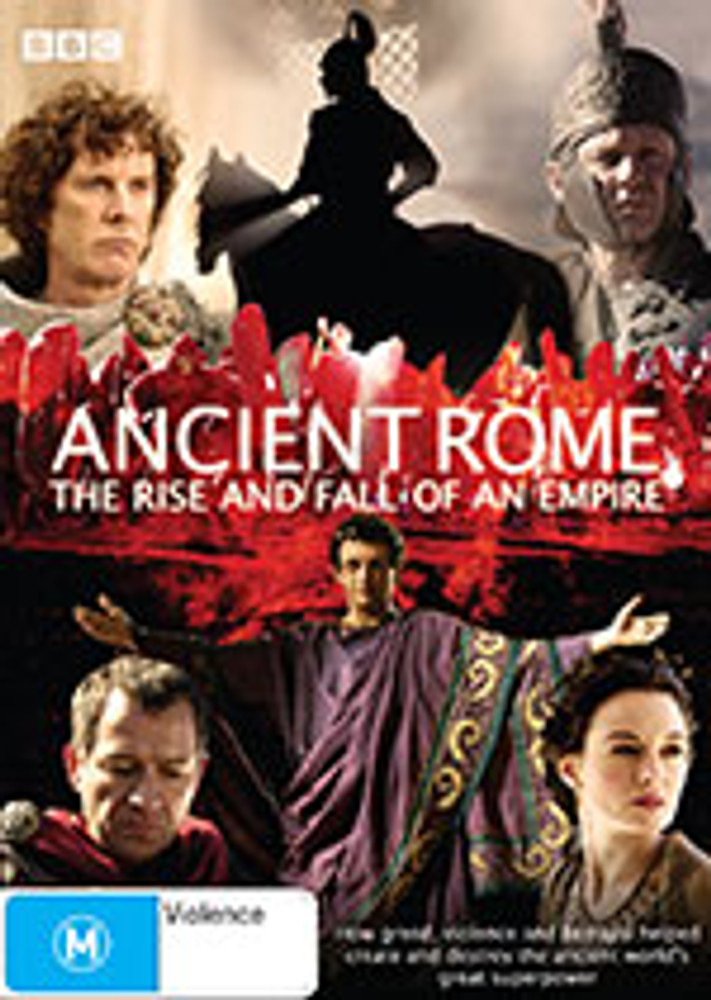 Ancient Rome: The Rise and Fall of an Empire

The true story of Rome told through six crucial moments that shaped the destiny of the Empire.

The Roman Empire – the ancient world's only superpower – stood for six hundred years, a period in which dictatorship usurped democracy, nations were enslaved, the city of Rome was rebuilt and the Empire embraced Christianity. In this dramatised documentary, CGI is mixed with compelling drama to tell the dramatic stories – the great battles, rivalries, rebellions and momentous achievements – that shaped the Roman Empire.

It reveals the greed, lust and ambition of men like Caesar, Nero and Constantine and with stunning locations and state-of-the-art visual effects portrays Rome as it really was: gritty, sometimes sordid, but ultimately magnificent.

The series begins in 146BC with Rome's destruction of its ancient enemy Carthage; leading to the celebrated victory of Julius Caesar and the overthrow of the Republic; Emperor Nero's dramatic descent into madness; the Jewish Revolt – the biggest rebellion in imperial history; Constantine's delivery of Christianity to the Empire; and finally the downfall of Rome, told through the tale of Alaric the Goth.