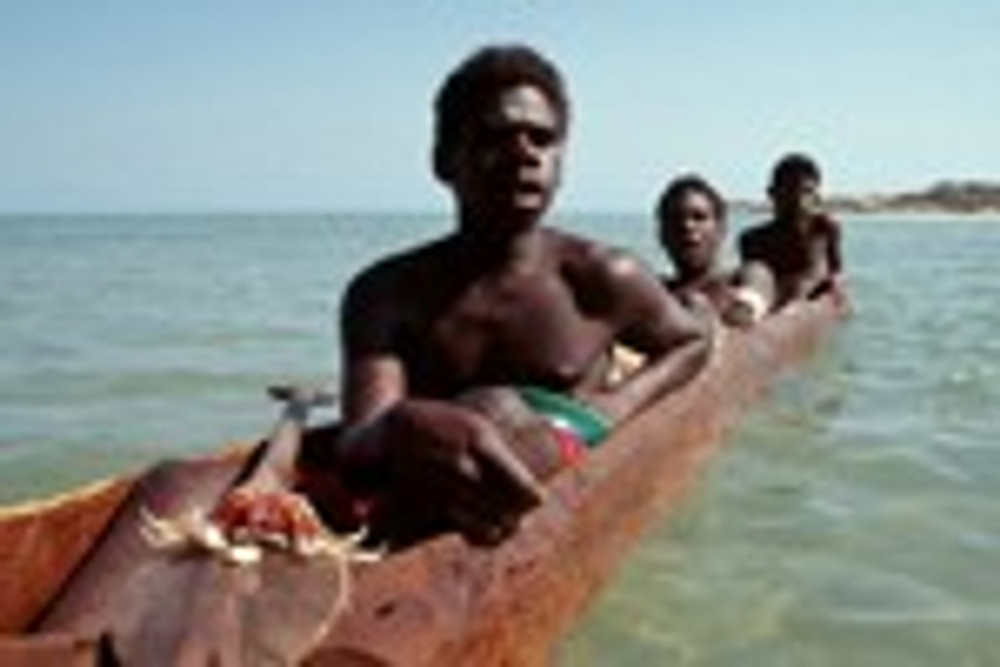 The acclaimed dramatic feature film, produced with the Yolngu people in the NT, exploring issues of Aboriginal youth. Lorrpu, Botj and Milika are three Aboriginal teenagers caught between the modern world and the oldest living culture on Earth.

DVD features extras including 'behind the scenes' interviews and 'Youth' and 'Arthouse' versions of the trailer and comes with a CD featuring Teacher Resources and the shooting script for Yolngu Boy. This version of the script, which was used by cast and crew when filming commenced, differs in several important ways from the finished film, including extra characters and never-filmed scenes. Comparison with the finished movie provides a valuable insight into the evolution of a script throughout the production process.

Lorrpu, Botj and Milika once shared a childhood dream of becoming great hunters together, but things have changed and their paths are diverging. When Botj finds himself on the wrong side of both black and white law, Lorrpu and Milika risk their own future to save their friend. Leaving behind their community, the boys trek through the unforgiving wilderness to Darwin to argue Botj's case with their tribal leader. To survive, they must draw on the ancient bush knowledge they were taught as boys and, most importantly, on their bonds of friendship.

Yolngu Boy is supported by free online resources, which can be found at the ACTF Learning Centre at <http://www.actf.com.au>.

'... probably the most important Australian film of the year ... I wish I could compel every Australian to see it.'
Peter Thompson – Sunday Film Review

'Yolngu Boy is an affecting look at cultural identity in the Aboriginal North ... this estimable fable for the twenty-first century deserves as wide an audience as possible. A moving drama about lives in the making and battles against the odds, it is also a compelling adventure yarn with a brain.'
Tom Ryan – Sunday Age