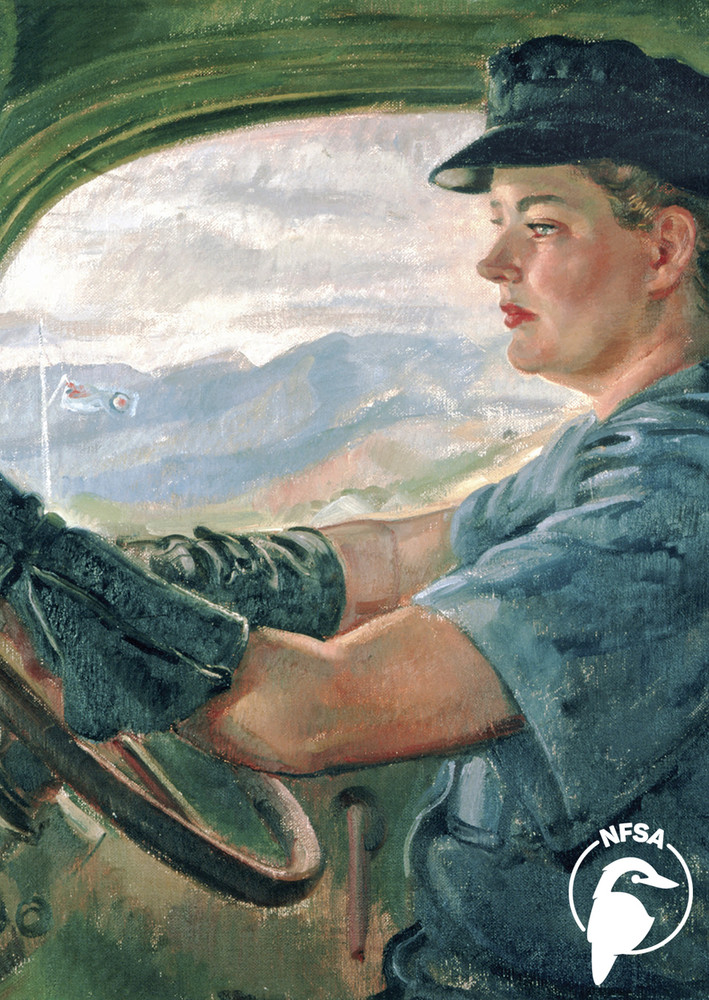 In World War Two women such as Sybil Craig, Stella Bowen and Nora Heysen were recruited for the first time as official war artists, recording in particular the contribution of women to the war effort. On the homefront, Margaret Preston and John Brack along with Sydney trio William Dobell, Donald Friend and Russell Drysdale provided a different perspective of the war experience. Later, other artists would explore in their paintings legendary stories of courage and endurance that survive through the decades: with Sidney Nolan starting his Gallipoli series in 1955 and Jan Senbergs revisiting the 1942 sinking of HMAS Armidale nearly half a century later.