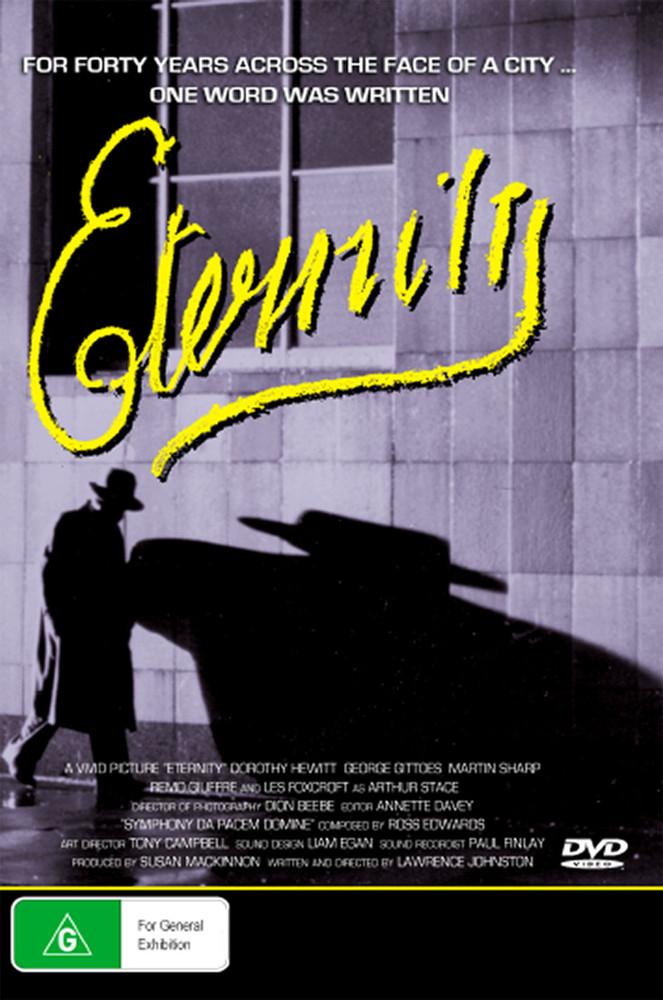 Recreating Sydney in the 1930s, the documentary is the story of Sydneysider, Arthur Stace. Arthur had a hard life that deteriorated into alcoholism and despair. In 1930 he heard the call of God at the Baptist Ministry. Although illiterate, he went immediately into the street and wrote the word 'Eternity’ on the pavement in perfect copperplate handwriting. Believing that God asked him to continue that activity for the rest of his life, he wrote 'Eternity’ over 500,000 times, on the pavements and buildings of Sydney and later Wollongong and Newcastle. His message has become an icon of Sydney, much imitated by artists.

1994 Variety, 'The Australian documentary Eternity proves that it’s possible to make an engrossing film by exploring the meanings and effects of a single word — eternity. A biographical account of an eccentric credited for being the father of graffiti'.