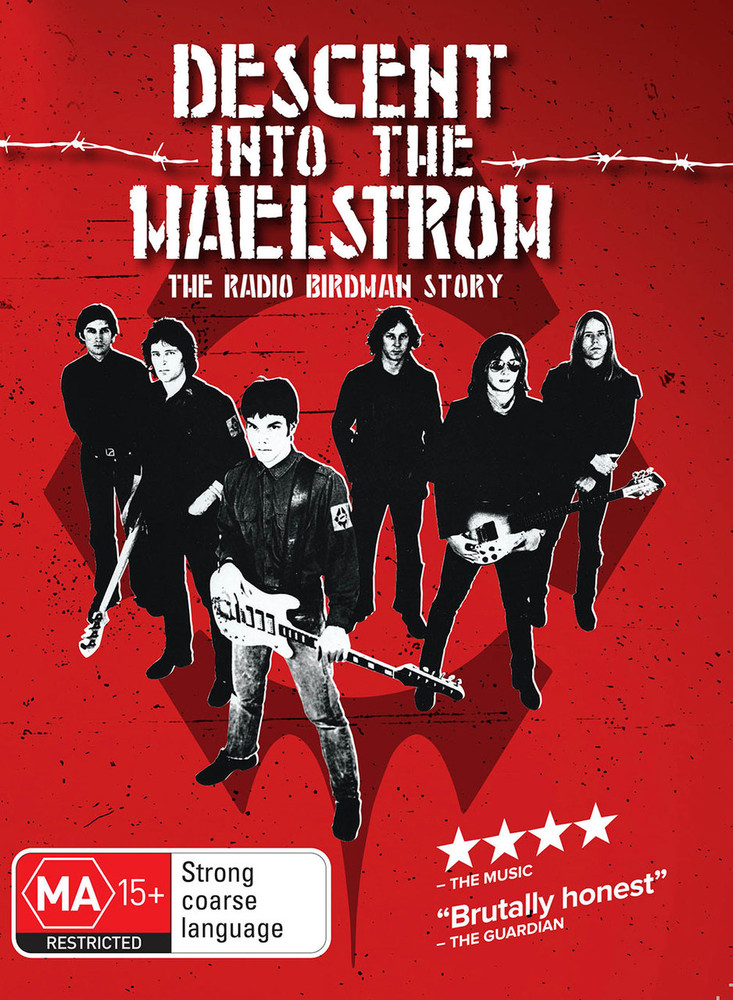 Descent into the Maelstrom - The Radio Birdman Story (3-Day Rental)

The lost history of the band that changed Australia. They inspired everyone from Cold Chisel to Peter Garrett but remain largely unknown.

In 1974, a year before the Sex Pistols started 'punk', Radio Birdman created their own style of rock'n'roll, that would shape Australian music. They were a band of outsiders, determined to do their music and art without interference from the industry establishment. Despite their outlaw reputation, they band included two medical students, who balanced their studies with their music.

Birdman's no-compromise attitude saw them kicked out and shut down of venues, so they started their own. When nobody would release their music, they did it themselves, becoming 'the prototype of independent music in Australia'. Unlike other bands who destroyed themselves with alcohol or drugs, Radio Birdman's commitment to their performance was enough to sustain them. But the band's intensity turns inwards and during a difficult tour of the UK they break up.

Years later the band reforms, but the conflicts remain. Can they come to terms with each other? Set against the backdrop of the cultural upheaval of the 1970s, Descent looks at how Radio Birdman were more than a band, they were a movement. They attracted a new crowd of outsiders, forming a 'New Race' of youth looking for change.

'This is a fantastic documentary about bands in general. For anyone who is interested in getting a sense of how bands work, or don't work at times, this is essential viewing' – Michael Carpenter, record producer, former JMC Academy lecturer

Descent into the Maelstrom - The Radio Birdman Story

Descent into the Maelstrom - The Radio Birdman Story (1-Year Access)