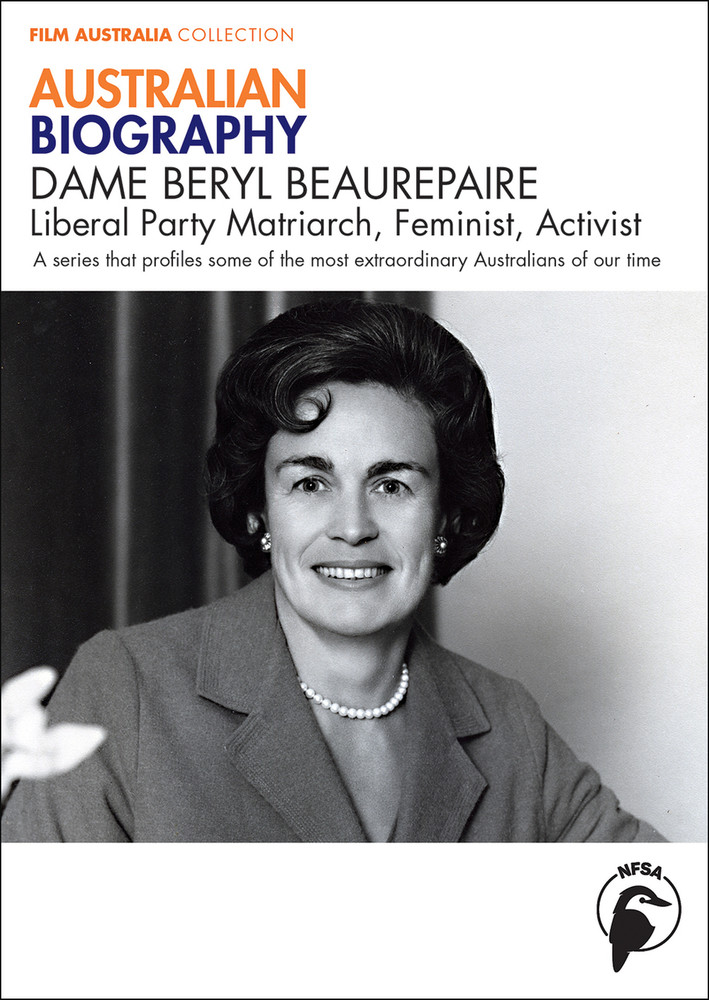 Born in 1923, women’s activist Dame Beryl Beaurepaire is a pioneering Australian feminist. After serving in the Women's Auxiliary Australian Air Force during World War II, she married Ian Beaurepaire of the Olympic Tyre dynasty and became Melbourne's Lady Mayoress. At a time when few women were in the workforce, Dame Beryl put her energy into community and charity work. Recruited by Sir Robert Menzies to work in the Victorian branch of the Liberal Party, Dame Beryl graduated to the Federal branch of the party and lobbied successive prime ministers on both sides of politics. A willingness to challenge existing systems, a sense of social justice, a belief in equal rights and opportunity and a need to contribute to community life led to her becoming one of the most influential woman in the Federal Liberal Party. Convener of the first National Women's Advisory Council and the first woman to be the Chair of the Australian War Memorial, Dame Beryl has tackled women's employment, domestic violence, sex discrimination and education issues, among many other issues.