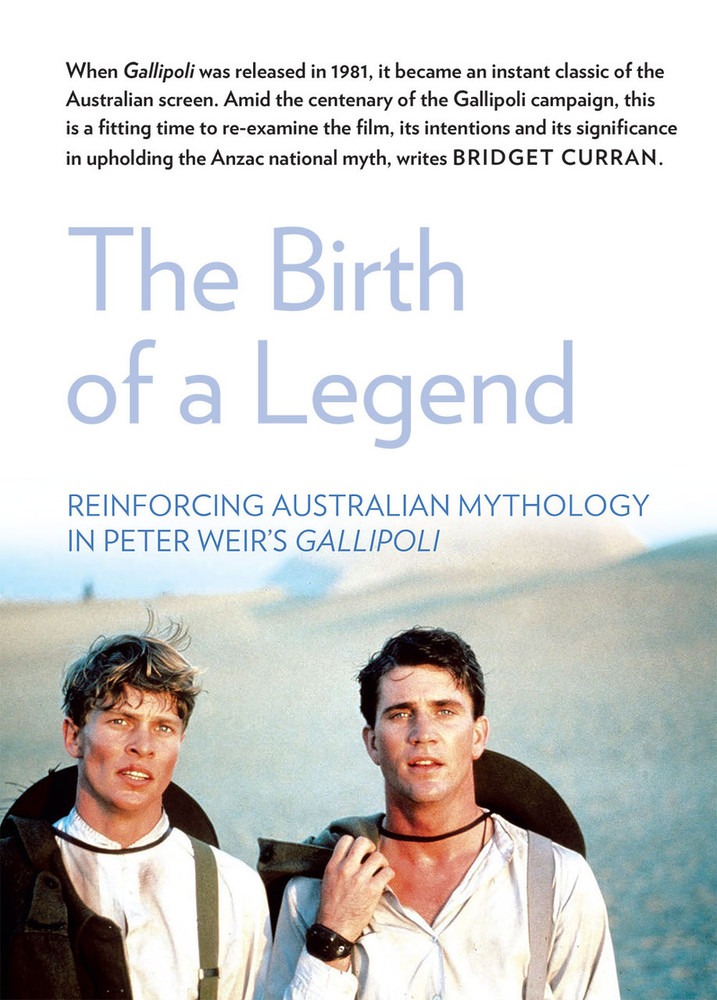 The Birth of a Legend: Reinforcing Australian Mythology in Peter Weir's Gallipoli

When Gallipoli was released in 1981, it became an instant classic of the Australian screen. Amid the centenary of the Gallipoli campaign, this is a fitting time to re-examine the film, its intentions and its significance in upholding the ANZAC national myth, writes Bridget Curran.

It Droppeth as the Gentle Rain: The Birth of Australian Experimental Film

Australian Mythology: The Selective Celebration of Rachel Griffiths' 'Ride Like a Girl'