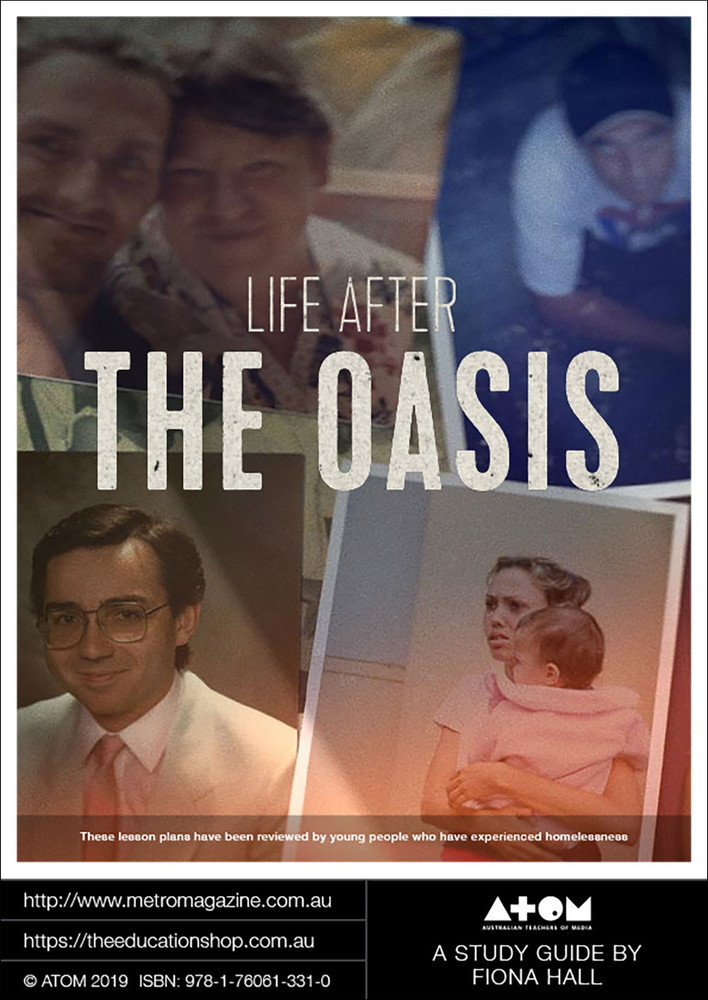 In 2008, feature documentary The Oasis shocked Australia with its gritty insight into the lives of wayward teens at a chaotic youth refuge in inner-city Sydney. Drug psychoses, emotional breakdowns, teenage pregnancies and the dangers of street life were writ large for a national audience.

Released with an independent report by the National Youth Commission, the film generated an outpouring of social and political goodwill, with the then-Prime Minister, Kevin Rudd, pledging to halve homelessness by 2020. Ten years and six Prime Ministers later, with social inequality and homelessness worse than ever, Life After The Oasis revisits the original participants who share how their lives have evolved since those fraught times.

Transitioning seamlessly between never-seen-before material from 2008 and contemporary footage, this film builds a rare, longitudinal portrait of these inspirational, disadvantaged young Australians. Now in their late 20s and 30s, they have weathered difficult and intense passages into adulthood, coming of age in a world rife with violence, poverty, addiction and mental illness. Yet their stories, though plagued by adversity, are stories of incredible resilience and survival.

With remarkable capacity for self-reflection, these young adults muse over the trauma of the past, and how, against the odds, they salvaged themselves. Chris didn't want to be a bank robber like his dad. Emma believed she could build a better future. Owen doggedly pursued a music career. Darren emerged from acute mental illness. Haley retained her ambition. And the lives of Majors Paul and Robbin Moulds' their mentors, took a different path.

Implicit within the stories are the failures of society and government to protect and support our society's most vulnerable. But while Life After The Oasis exposes a decade of government inaction on homelessness, its emotional heart is the personal stories, not the troubling statistics.

This film celebrates the strength of the human spirit and the prospect that lives can change, even after long, hard years in darkness. It also questions the direction contemporary Australian society is taking, and where the failure to invest in young vulnerable Australians will lead us.

Life After The Oasis can be linked to the following subject areas with the Australian Curriculum:

Please Note: There is occasional course language and some confronting scenes in Life After The Oasis; as such, the documentary is recommended for study in Years 9 and above. Students may have their own personal experiences with some of the issues presented in Life After The Oasis and teacher discretion is advised.

After the Wave (ATOM Study Guide)