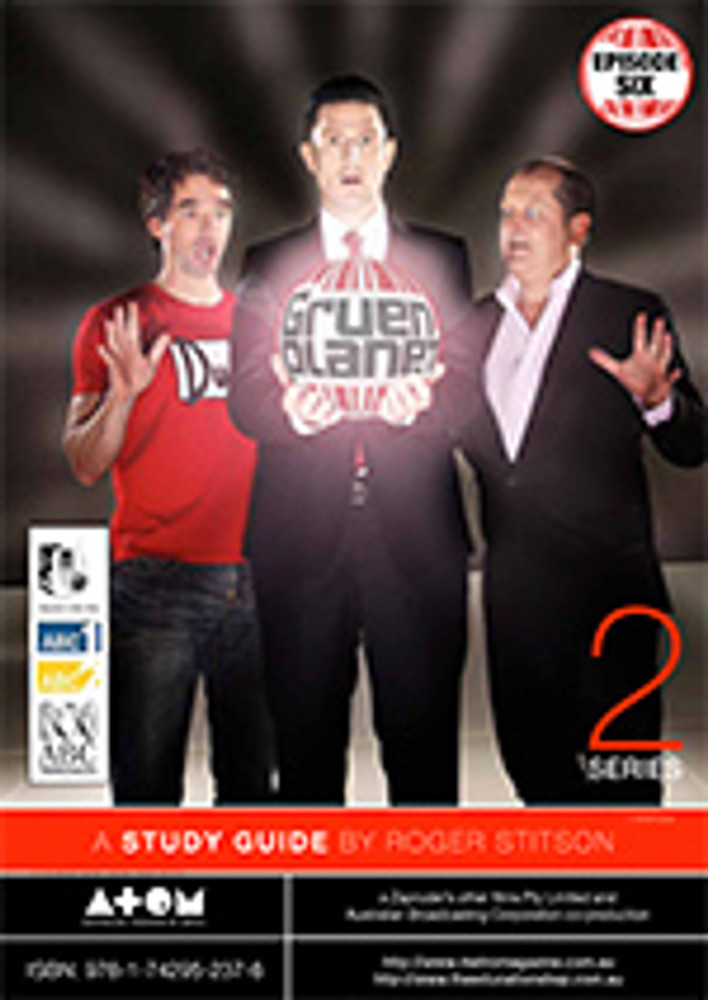 Four seasons into The Gruen Transfer and what have we learned? That most of us can be bought or sold. And that sometimes, it actually feels good. We're all coerced and serenaded by advertising, an industry devoted to changing our minds and our behaviour.

But advertising is not the only industry that wants to get inside our heads and move the furniture around. Which brings us to spin, branding, and image control. Along with advertising, they form the nervous system of twenty-first-century life. They're the levers pulled behind most news stories, the silent partners in public debates.

Gruen thinks it's time to look at these dark arts as well. Because everyone is on the sell. Tyrants. Sports stars. Actors. Criminals. Politicians. Deities. Charities. Entire nations. They're all trying to persuade us to think, buy or do things that we weren't thinking, buying or doing yesterday.

Gruen Planet, the latest Gruen show – in advertising they call it a brand extension – will run an x-ray across the world each week, unpicking the stories that affect us all. How do you protect an unstable government when a backbencher goes feral? Does Tiger cut it anymore as a business? How has the Arab uprising been turned into Western profit? What was the Dalai Lama doing on MasterChef? Who do you turn to when your family name is your brand and it's become toxic?

Each week, host Wil Anderson will be joined by regulars Todd Sampson and Russel Howcroft, along with some of Australia's smartest communications experts. They will take us inside the persuasion business and explain why the world appears not as it really is, but as others want us to see it – why everything is spin, branding, advertising and image control.

This week in Episode 6