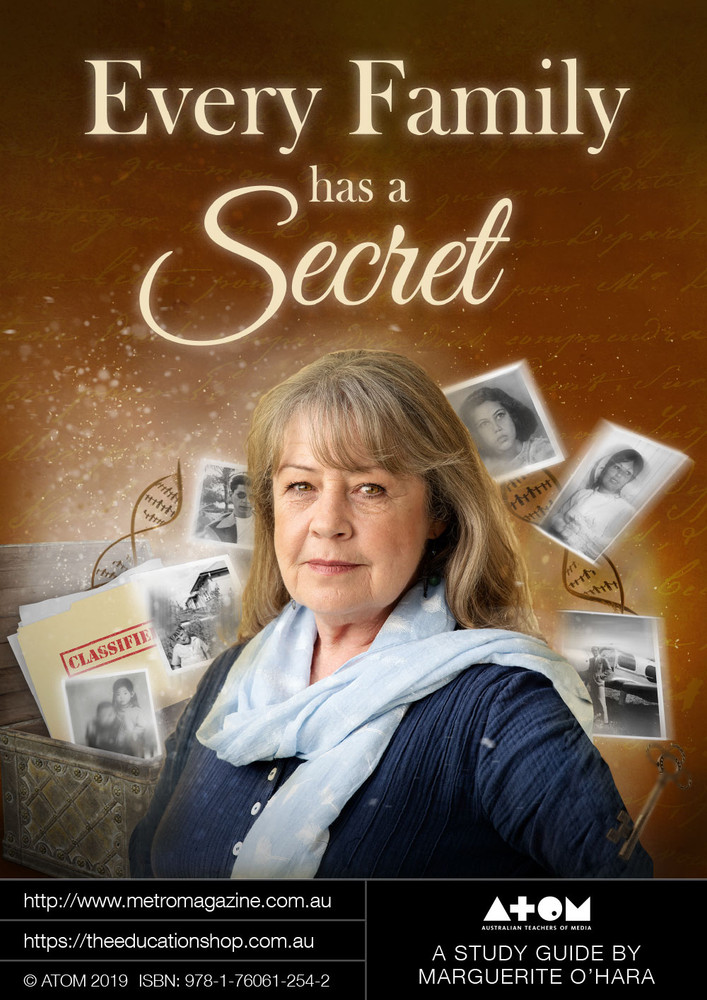 Every Family has a Secret is a three-part one-hour documentary series produced by Artemis Media in Perth for SBS Television in Australia. In each of the three episodes we follow the journeys of two Australians wanting to discover the truth about their past by uncovering long-held family secrets. As we watch these six very different stories unfold, we are encouraged to think about why families keep secrets and how these secrets affect generations. We are shown how truths about the past are important to understand and acknowledge, even if they are confronting.

This impeccably researched and produced television series allows viewers to connect with history in a deeply personal way. Participants travel around the world uncovering powerful truths about themselves, their families and Australia. The exquisite sense of storytelling makes these programs both gripping and exceptionally beautiful. Viewers will be drawn to these individuals who bravely embark on often confronting journeys of discovery.

Personal and Social Capability is a cross-curriculum priority that relates to many subject areas. This priority across a range of subject areas could include exploring:

• the concept of identity;

Students studying Modern History, Family History and post-World War II Migration would find much to explore in these programs to develop their understanding of how Australia became a multicultural nation through following the stories of people whose parents were often products of turmoil around the world. There is also reference to the difficulties faced by Indigenous Australians removed from their families and brought up in state care, and the effect of family removal to institutions has on the following generations. The post-World War II years of the late 1940s, 1950s and 1960s in Australia were times of changes in social attitudes and population growth through immigration. They were also times when many people believed that what happened in a family should stay private.

Students in earlier years would also find this series both entertaining and moving in what it reveals about how families face challenges about identity and belonging. Here are some of the themes explored in the series:

• Family values – including emphasis on the need to know where you came from and why your upbringing was the way it was.

• Ethics – the rights of children and adults to have access to information about their family and origins, including the identity of birth parents for children who were adopted or may have been conceived through IVF.

• Secrets – understanding how secrets and half-truths can ultimately damage families and lead to adults who are plagued by confusion, guilt and regrets about their identity and lost opportunities.

• English – understanding how stories can be told in different ways, incorporating family research and giving voice to individuals who all have unique stories to tell.

• Documentary – while these are true stories told by the people who have lived them, they are far removed from much of what now promotes itself as 'reality television' such as Survivor, Married at First Sight and My Kitchen Rules, which depend on creating stereotypes of goodies and baddies through their editing. They rarely acknowledge the complexity of the peoples' lives they are presenting. Their success and ratings depend on creating new dramas and conflicts as the producers put people through their paces.

Series such as Every Family Has a Secret tend to be much more respectful and careful with how they reveal secrets and family complexities. At the same time, they are invariably entertaining, filled with real drama and surprising for both participants and viewers.

Every Family has a Secret - Series 2 (ATOM Study Guide)

Every Family Has a Secret - Series 3 (ATOM Study Guide)