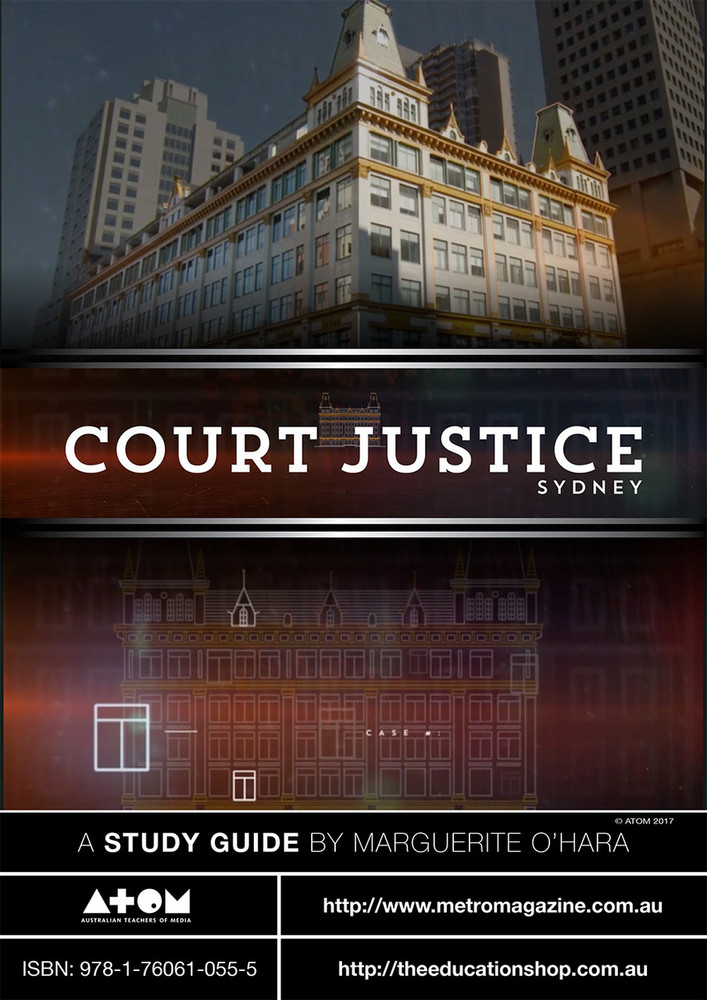 Legal programming is one of the last frontiers of factual television in Australia. There are few places where human drama plays out with as much intrigue as a courtroom. Here all our faults, foibles, misdemeanours and crimes are on display. How society deals with these and dispenses justice is a fundamental measure of civilised society

— Michael Cordell, Executive Producer of Court Justice: Sydney and Producer of the ground-breaking 2011 series On Trial where criminal cases were filmed in courtrooms in Western Australia and New South Wales.

For the first time on Australian television, cameras are allowed inside Australia’s busiest local court complex - The Downing Centre in Sydney where magistrates hear cases in 34 courts. This observational documentary series gives viewers an exclusive behind-the-scenes look into the daily dramas facing the magistrates as they hear all kinds of cases from drug matters and drink driving, to assault, theft, fraud and vandalism. Twelve magistrates preside at Sydney’s Downing Centre, handling over 30,000 cases every year, from minor traffic offences to major assaults. This series of 10 episodes reveals what really goes on in the Magistrate’s Courts. The range of human stories is as broad as society itself. Defendants are rich and poor, young and old, serial offenders and first timers. The only constant is that they are all equal in front of the law, and when the magistrates pass their final judgments, lives change forever.

Court Justice Sydney would be a valuable resource for secondary school students in Years 8 – 12 in a number of learning areas. Equally, it would be a useful introduction to the court system for those interested in working in the legal profession in any capacity.

Given the half hour format and the range and variety of the cases shown, the episodes would be very accessible for secondary students, especially in the middle school, aged 13 to 17.