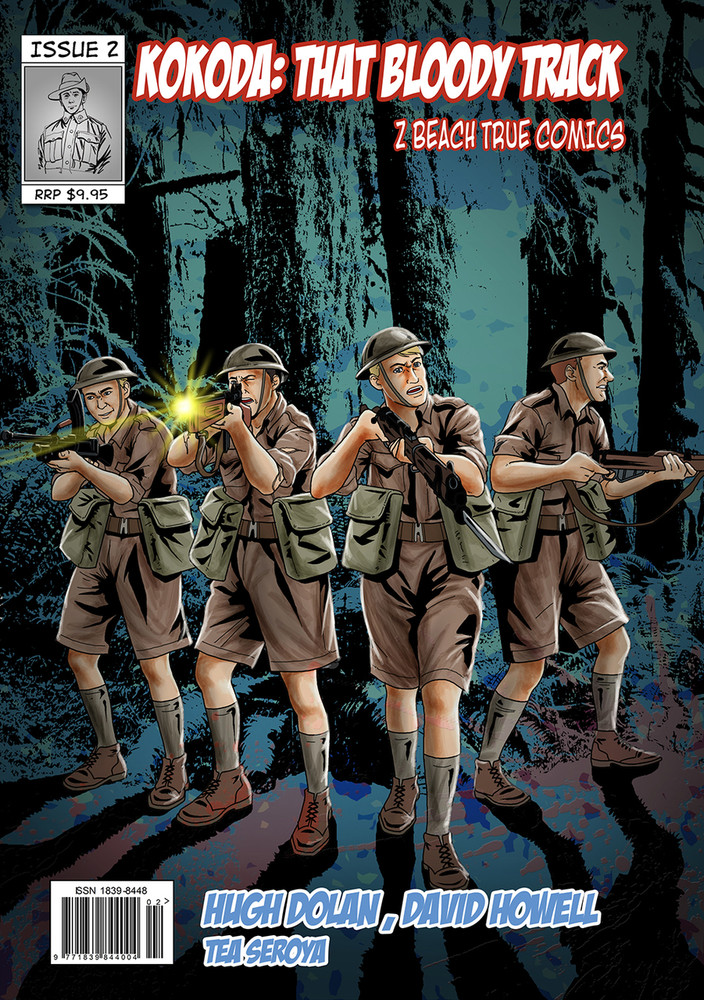 Kokoda: That Bloody Track is a factual graphic novel (or traditional comic) that tells the true story of the Kokoda battles in July and August 1942. It is issue 2 in a series by Z Beach True Comics.

This campaign is placed within the wider context of the Second World War. Eyewitness accounts and original diaries are included to add a personal perspective.

The human tragedy of warfare is clear; warfare was not (and is not) noble or glamorous. The Japanese perspective is included through the use of soldiers' diaries.

Where possible, Japanese and native languages (Motu and Pidjin) are included to provide a cultural balance. Translation boxes are included.

Kokoda was a tragedy – men and women suffered in a titanic struggle across the most forbidding terrain imaginable. The eventual Allied victory is placed within the cost with the many hundreds of damaged lives – Australian, Japanese, American and native.

The author, David Howell is an expert on the Kokoda track. He regularly escorts school groups to Kokoda and Isurava. Howell is a returned serviceman.

Kokoda: That Bloody Track is a quality book: 48 pages of full colour, with a cardboard cover and spine.