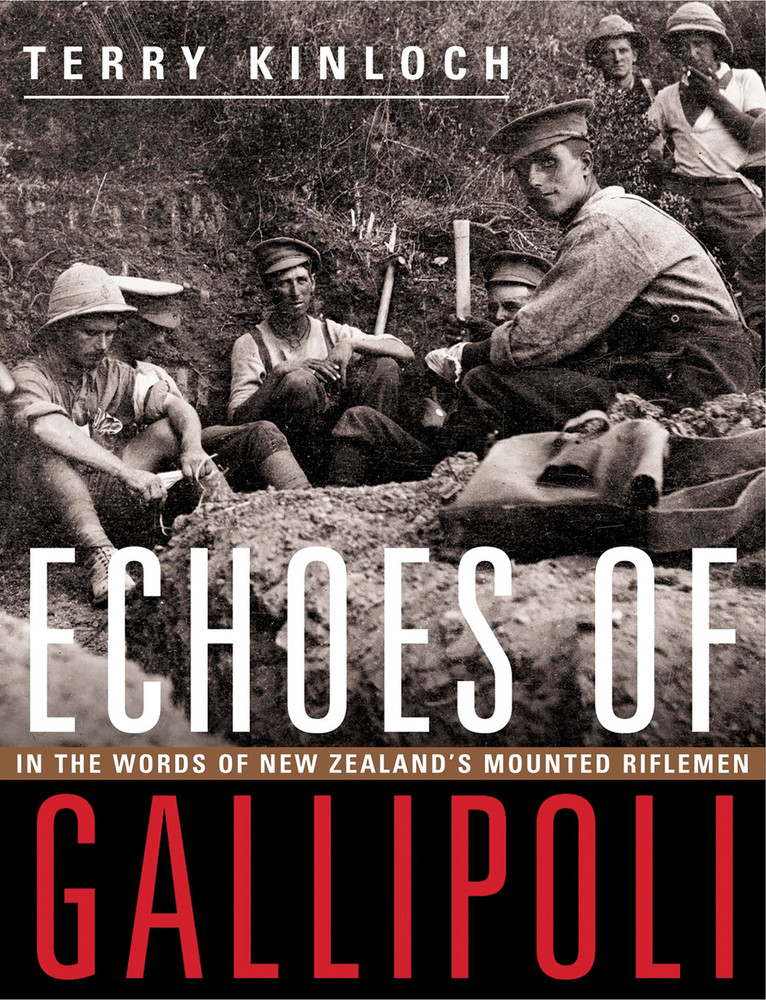 Echoes of Gallipoli: In the words of New Zealand's mounted riflemen

First published in 2006 to enthusiastic reviews and critical acclaim, this classic celebrated readable scholarship is now available in paperback. Using their letters and diaries, Echoes of Gallipoli tells the story of Gallipoli through the eyes of the men of the New Zealand Mounted Rifles Brigade with the immediacy of actually being there. It is a fresh way of telling history and one that is sure to find a response among New Zealanders today. The full story is here: the call-up, the sea journey, camp in Egypt, the eventual arrival in Gallipoli, all the battles and skirmishes that were fought there, and finally the remarkable evacuation several months later.

About the author:
Lieutenant-Colonel Terry Kinloch has held a commission in the New Zealand Army since 1983. He has completed operational tours in Bougainville, Bosnia-Herzegovina and Egypt. He spent much of his regimental career in Queen Alexandra’s Mounted Rifles, an armoured unit that is the last Regular Force link to New Zealand’s horse-mounted units. This is his first book about the New Zealand Mounted Rifles Brigade in World War One, a story continued in Devil’s on Horses. Lieutenant-Colonel Kinloch was made a Member of the New Zealand Order of Merit (MNZM) in 2006. He has served a posting in Washington DC as New Zealand’s staff officer in the American, British, Canadian, Australian and New Zealand Armies Program. He lives in Wellington, New Zealand.