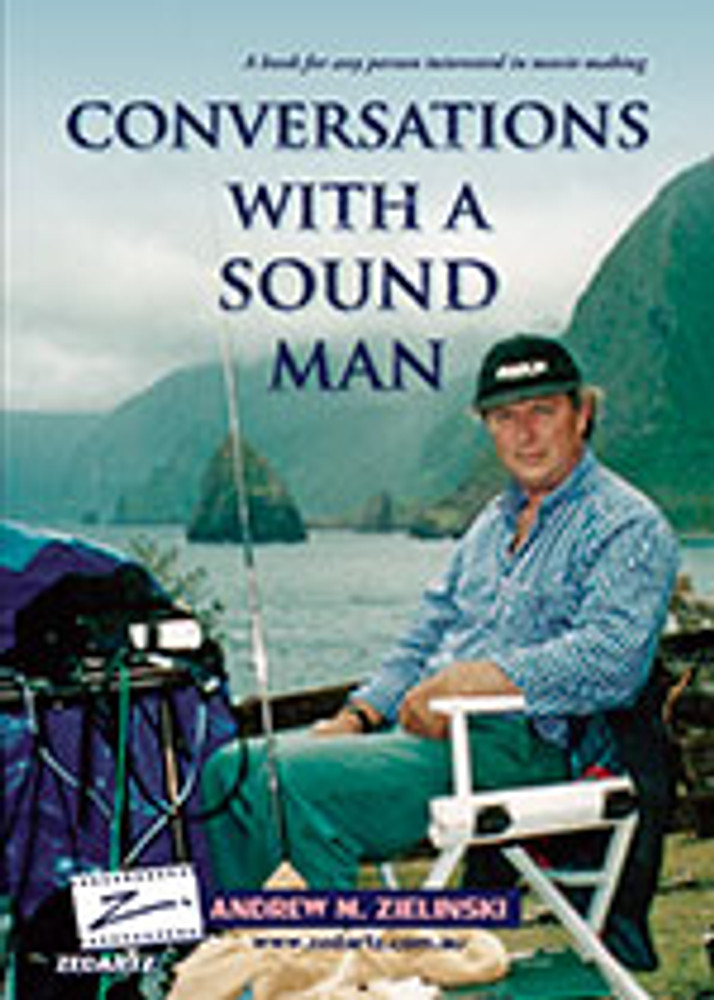 Conversations with a Sound Man

This is a biography of James Currie, one of Australia's major film sound designers. James has won four AFI sound awards and several overseas awards.

Here is a revealing, informative and extremely entertaining book which not only goes a long way to explaining how a movie sound track is created but which also contains many revealing portraits of some of the men and women James has worked with over the years.
– David Stratton

James' professional formative years were with the newly established South Australian Film Corporation: he began there as a sound recordist in the Documentary Unit and then moved on to mixing feature films at the Corporation's Hendon Studios, which in the early 1980s was becoming renowned as one of the nation's foremost mixing studios for Australian feature films. James' skills were so appreciated by Paul Cox that he became part of the director's collaborative filmmaking unit, and his reputation soon led him to working with the acclaimed director Rolf de Heer.

Meeting Mehta: A Conversation With the Director of Water

Swimming with Sharks: A Conversation with Sarah Watt

AFI Conversations on Film: 'The Sound of One Hand Clapping': Richard Flanagan

SoundScape: Where Does the Music Finish and the Sound Begin? A Conversation With David Bridie

A Conversation With Shane Maloney