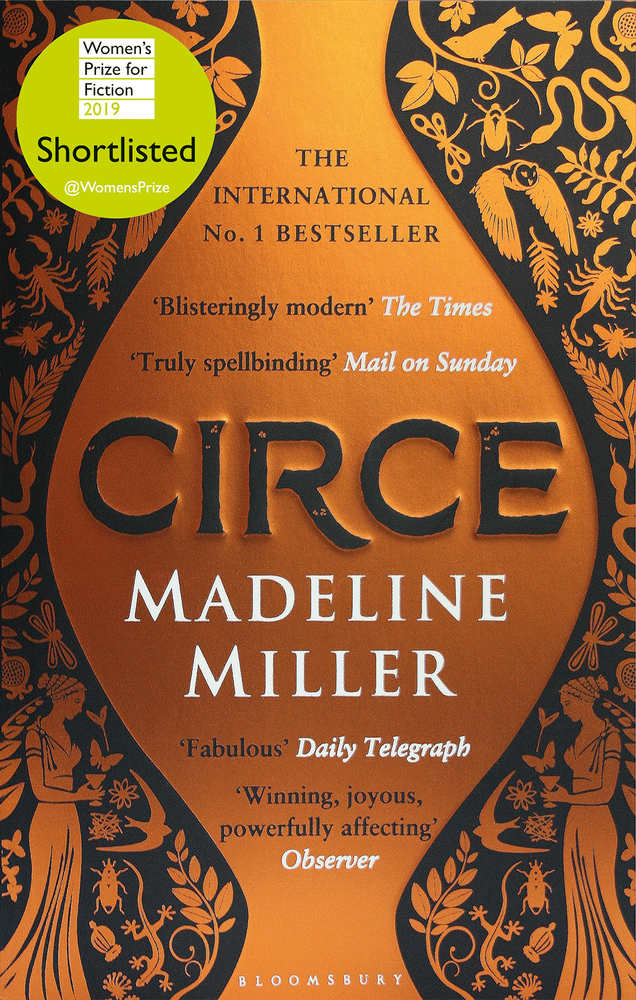 In the house of Helios, god of the sun and mightiest of the Titans, a daughter is born. But Circe is a strange child – not powerful, like her father, nor viciously alluring like her mother. Turning to the world of mortals for companionship, she discovers that she does possess power – the power of witchcraft, which can transform rivals into monsters and menace the gods themselves.

Threatened, Zeus banishes her to a deserted island, where she hones her occult craft, tames wild beasts and crosses paths with many of the most famous figures in all of mythology, including the Minotaur, Daedalus and his doomed son Icarus, the murderous Medea, and, of course, wily Odysseus.

But there is danger, too, for a woman who stands alone, and Circe unwittingly draws the wrath of both men and gods, ultimately finding herself pitted against one of the most terrifying and vengeful of the Olympians. To protect what she loves most, Circe must summon all her strength and choose, once and for all, whether she belongs with the gods she is born from, or the mortals she has come to love.

So Circe sets forth her tale, a vivid, mesmerising epic of family rivalry, love and loss – as well as a celebration of indomitable female strength through the darkness of a man's world.

Madeline Miller grew up in New York City and Philadelphia. She attended Brown University, where she earned her BA and MA in Classics. She has taught and tutored Latin, Greek, and Shakespeare to high school students for over fifteen years.

She has also studied at the University of Chicago's Committee on Social Thought, and in the Dramaturgy department at Yale School of Drama, where she focused on the adaptation of classical texts to modern forms.

Circe is her second novel, an international Number One bestseller. Her first novel The Song of Achilles, was awarded the 2012 Orange Prize (now The Women's Prize for Fiction).