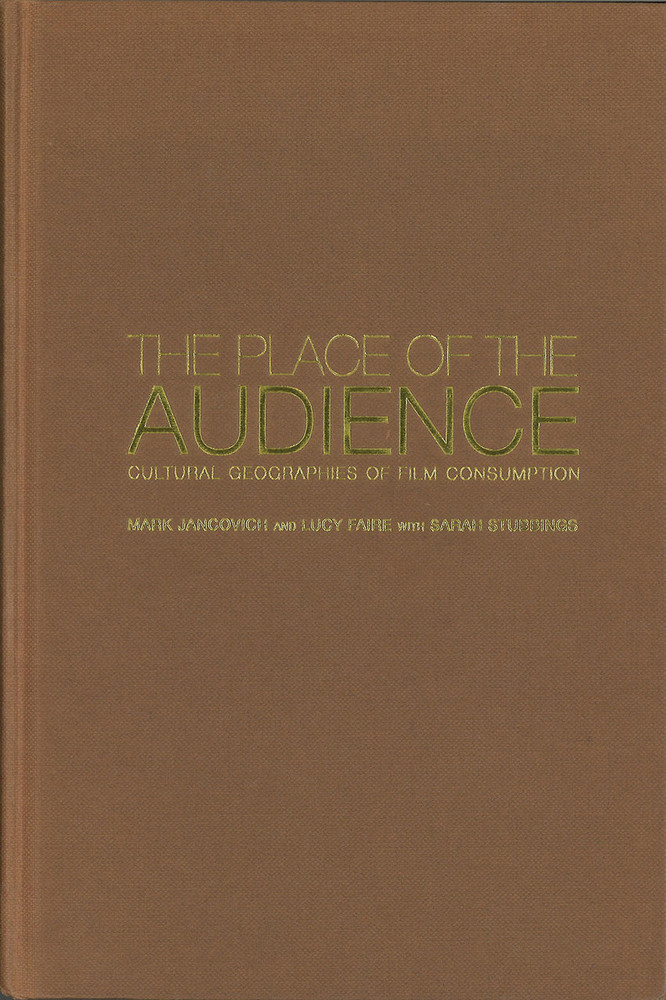 Place of the Audience: Cultural Geographies of Film Consumption, The

It has been a recurring complaint both within and against film studies that it has largely ignored the activities of audiences. This book aims to address this absence (as compared to television studies) and to explain its cause.

The authors argue that there is a social context in which the consumption of film can be understood or studied historically; demonstrating that a concentration on the place of film consumption within the changing cultural politics of the city can offer a compelling and productive focus of analysis. This book examines not only the different meanings of different sites of film exhibition and distribution (city-centre cinemas, local cinemas, art-house cinemas, multiplexes, terrestrial television transmission, video rental and retail, and satellite/cable), but also the meanings of the activities of film consumption associated with these sites.

Through use of archival materials and ethnographic studies of the audience, the book examines the meanings of film consumption from the earliest film showings up to the twenty-first century.

More Than Ballyhoo? The Importantce of Understanding Film Consumption in Australia

Looks and Frictions: Essays in Cultural Studies and Film Theory

Horrible Geography: Geography with the Gritty Bits Left In!

Invisible Audiences for Australian Films?: Cinema and its Many Publics