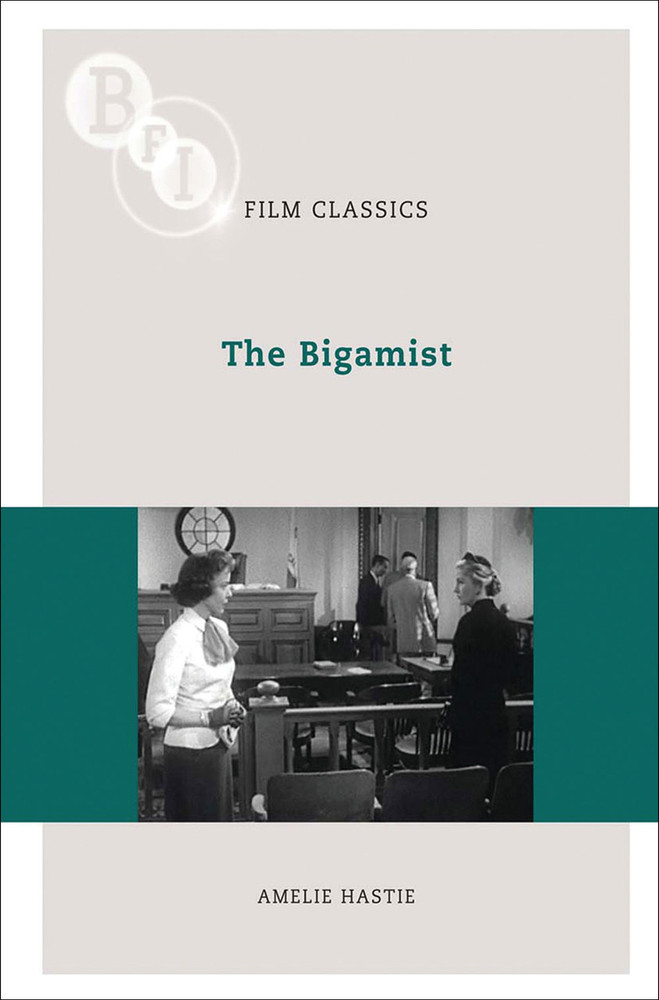 Directed by the actor/filmmaker Ida Lupino, The Bigamist (1953) is the story of Harry Graham, a salesman travelling between two towns and two wives. In its portrayal of Harry's 'double life', the film takes on a double life of its own, hovering as it does between two genres. Telling the story through Harry's voice over, yet eschewing the iconic character of the femme fatale, Lupino's film reveals and recasts film noir as male melodrama par excellence. In its rendering of this emotionally paralysed man, The Bigamist is a fascinating study of the post-war male.

A collaborative affair, The Bigamist was written and produced by Lupino's ex-husband Collier Young, co-starring his current wife, Joan Fontaine, as bride number one, with Lupino in a turn as bride number two. The last of five films that Lupino directed for the independent production company that she co-founded, The Filmakers [sic], it was notably the only film of its period with a woman director who also played a starring role.

Amelie Hastie explores the film in the context of Lupino's personal and professional history. This is a film, Hastie argues, that reveals the changing structure of Hollywood film production in light of the emergence of independent studies; it delineates the life and exemplifies the work of one of only two women directors in the classical Hollywood era; and it provides a complex commentary on the fantasies and fear of mid-century domestic life in the USA.

Amelie Hastie is Associate Professor of Film and Digital Media at the University of California, Santa Cruz. She is the author of Cupboards of Curiosity: Women, Recollection and Film History (2007).