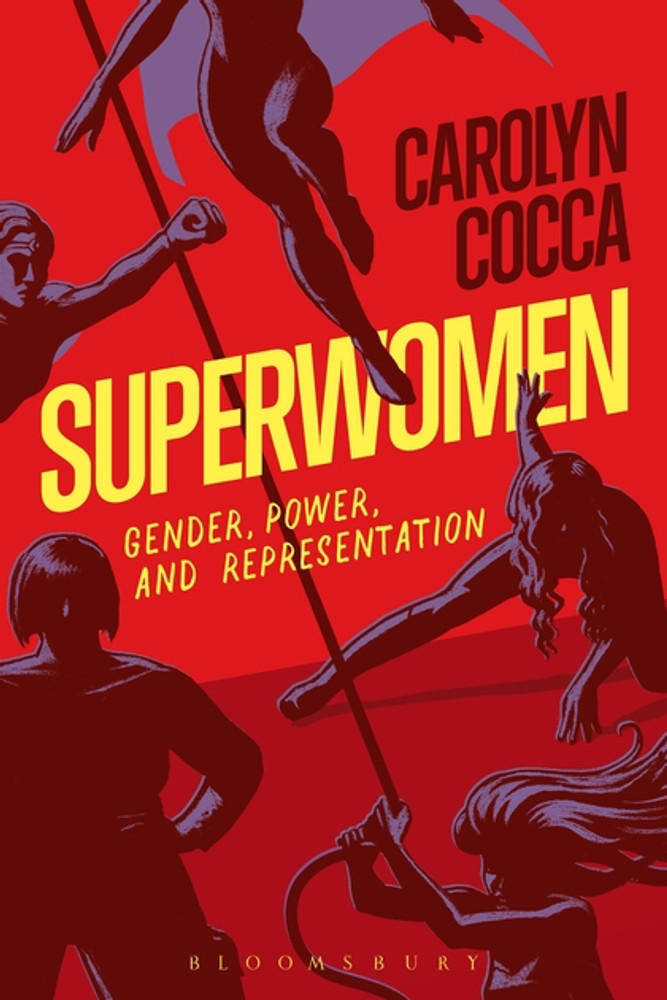 Superwomen investigates how and why female superhero characters have become more numerous but are still not at all close to parity with their male counterparts; how and why they have become a flashpoint for struggles over gender, sexuality, race and disability; what has changed over time and why in terms of how these characters have been written, drawn, marketed, purchased, read and reacted to; and how and why representations of superheroes matter, particularly to historically underrepresented and stereotyped groups.

Specifically, the book explores the production, representations and receptions of prominent transmedia female superheroes from their creation to the present: Wonder Woman; Batgirl and Oracle; Ms Marvel and Captain Marvel; Buffy the Vampire Slayer; Star Wars' Padmé Amidala, Leia Organa, Jaina Solo and Rey; and X-Men's Jean Grey, Storm, Kitty Pryde, Rogue and Mystique. It analyses their changing portrayals in comics, novels, television shows and films, as well as how cultural narratives of gender have been negotiated through female superheroes by creators, consumers and parent companies over the last several decades.

Testimonials:
'Brava, Carolyn Cocca! In Superwomen, she delivers a comprehensive (and fascinating) overview of comics and pop culture women heroes, from Wonder Woman and the women of X-Men to Buffy and Princess Leia. Brava again for detailing the worst and the best treatment these characters have received in the hands of writers, artists, and film studios. And a final brava for showing how today, fans' reaction and feedback has influenced the positive representation of their beloved women heroes.'
– Trina Robbins, author of Pretty in Ink and editor of Babes in Arms

'One of the greatest strengths of this work is its nesting of the portrayal of superwomen in multiple contexts to explore how and why female superheroes are portrayed. Not content with textual analysis, Cocca explores the ideology of creators, fan reception, the effect of the movement from one medium to another on the portrayal of characters, and most significantly how the changing methods of distribution have affected who are the readers of these books, how the industry has perceived those readers, and how this has influenced the portrayal of female superheroes … This is a very important book for comic and gender studies. It will take its place beside the work of Trina Robbins and Lilian Robinson as canonical analyses of female superheroes, and will, no doubt, be the text against which future gender and superhero studies are measured.'
– Matthew J Costello, Professor of Political Science, Saint Xavier University, USA

'Carolyn Cocca's timely new book uses social theory to make sense of superwomen like Wonder Woman, Batgirl, Ms Marvel, and Buffy the Vampire Slayer. The result is an insightful study that combines close readings of specific texts with a nuanced account of comics as both business and fan culture. Anyone with an interest in feminism and comics will want to know about this book.'
– Kent Worcester, Professor of Political Science, Marymount Manhattan College, USA

'This is the book pop culture scholarship needs now. The genre of the hyper-masculine, straight, white superhero has evolved radically since Wonder Woman first challenged it in the 1940s, and Carolyn Cocca has amassed a definitive history through the high-powered lens of intersectional feminism. Drawing from comics, television, and film, Superwomen spotlights a cast of the most influential female superheroes of the 20th and 21st centuries, revealing the power of female bodies to shape and shift cultural attitudes. Batgirl and Buffy, Princess Diana and Princess Leia, the evolutionary women of X-Men and the evolving identities of Marvel Girl, Ms Marvel, and Captain Marvel: they all are evidence of Cocca's persuasive argument for how greatly diversity matters.'
–Chris Gavaler, author of On the Origin of Superheroes, assistant professor of English, Washington and Lee University, USA

Animation, Representation and the Power of the Personal Story: Persepolis

Power and representation in After Mabo

Sites of Difference: Cinematic Representations of Aboriginality and Gender